Richard Lucas has tread an unusual path in the Los Angeles comedy scene, one that began in stand-up but opened up to storytelling and an interest in sketch/absurdism, which eventually led to his latest play and book.

An early stand-up set at The Improv in Hollywood.

After many development shows at cafés and bars, he was welcomed into more prestigious venues such as The Comedy Store and The Hollywood Improv, and even the famed Friars Club. He soon got bookings in AZ, PA, and IN, where he featured for the late John Fox. It was at this juncture, however, that he met Beth Lapides and Greg Miller, creators and producers of the UnCabaret and The Other Network, which were a cornerstone of the alternative comedy/storytelling style of performance in Southern California. This led to him seeking out storytelling rather than stand-up shows. He was a regular in a popular story show called Kickstand, in which he often closed, using the opportunity to spontaneously riff on the other storytellers' stories before presenting his own. That period of work turned into the recording of his first album, Resigntown, USA and Other Stories.

"Freakin’Great Show! Had me howling... laughing out loud, out loud. ...The stories were just fantastic. ...The story about the bologna was completely hysterical..
- Jimmy Dore - Comic, Radio Host-KPFK, The Young Turks

“Truly awesome. One of the best comedy/storytelling performances I've ever seen. Actually, I can't think of a better one.”
Tim Coyne - The Hollywood Podcast 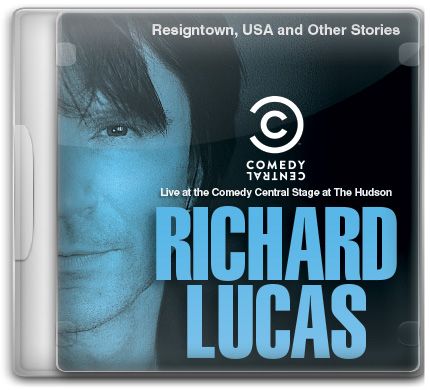 The Other Networks' Comedy Award winner, live at The Comedy Central Stage

Soon he found a new comedy home a The Fake Gallery and Theater, owned by Paul Kozlowski, on Melrose Avenue in Hollywood where comedians like Eddie Pepitone, Frank Coniff, Jimmy Dore, Steve Rosenfield, Mike O'Connell, and Jim Earl regularly performed borderline-absurdist, unique styles of intelligent yet silly comedy that inspired him to dig more deeply into what truly made him laugh and was unique only to him. It was for various shows there that he created his John Wilkes Booth Receives a Break-up Letter from His Girlfriend piece, as well as Doc Likes the Tom Toms, and the early stage of Bono and The Edge Waiting for Godomino's among many others.

"John Wilkes Booth Receives a Break-up Letter from his Girlfriend"

Live at The M Bar in Los Angeles

Two drama professors at a community trade and technical junior college discover hidden-away, discarded pieces of some of Hollywood's greatest screenplays. In a zealous quest for fame, they force their students to perform these less-than-good tossed out scenes. What the students lack in talent, however, they more than make up for in availability.

Cutting Room Floor ran for six sold out weeks at The Improv Olympic West in Hollywood.

Though a live sketch comedy show, Cutting Room Floor had one filmed sequence, a parody of the gut wrenching Alec Baldwin scene amongst the salesmen in David Mamet's Glengarry Glen Ross.

As he moved on from sketch towards solo work, Richard began writing his Dog Log and reading from it for audiences when Kozlowski suggested that it should be a show in itself. From there the first version of The Dog Log was born as Kozlowski produced what turned out to be an extended run at The Fake and then Lucas' second show invited to the Comedy Central Stage. 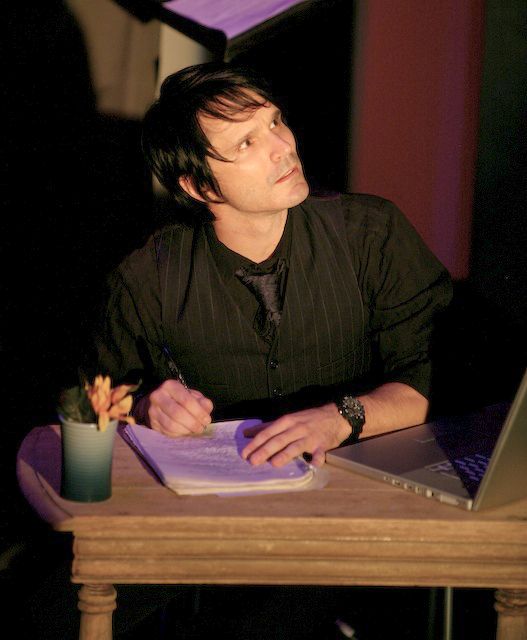 Originally titled Buried in Sophie's Tomb: My Barking Dog Log to the West Hollywood Sheriff's Dept., The Dog Log was just a complaint journal written to the West Hollywood Sheriff's Dept., as Lucas saw online that many municipalities insist on a lengthy, sometimes up to six months long, catalog be kept and turned in before they could separate an animal from its owner. Since, in real life, he wanted the barking to stop, he decided to keep one of those logs. But how many times can a person write, "Dear Sheriff - Sophie is barking..." before they open up to deeper issues about the frustrations of their lives touched off by the anger from the barking?

So Richard wrote that log, from which he read aloud at his show. It has now been developed into his book.

> FULL INFO ON THE BOOK HERE <

BONO AND THE EDGE WAITING FOR GODOMINO'S

Bono orders a pizza delivery to get back in touch with the Common Man.

Written and directed by Richard, who also plays Bono in the award-winning play.

In this parody of Samuel Beckett’s “Waiting for Godot,” the script is flipped as Bono, wracked with guilt over his own success and fear of having lost touch with his working class roots, orders a pizza delivery to his castle in the hopes of conversing with the delivery person about living a “real life.” But Bono’s lifelong U2 bandmate, guitarist The Edge, wants no part of his socio-spiritual experiment and rejects any thought of inviting opinions or judgments on his hard-earned rock star life. Both men struggle with the possible hypocrisies in their practices versus their policies in a funny and surprisingly deep comedy that skewers celebrity culture, blind faith, and pretentious theater while searching for the meaning of art in a hyper-capitalist society.

And then there's Dick Picsworth...

As full of surprises as ever, in a recent appearance in Linda Bailey Walsh's popular show HateDate: Tales of Digital Dating Disasters, Lucas showed up as a new character, "Dick Picsworth," a clueless man bewildered and incensed that women don't like to receive dick pics, and so, with no other topic about which to express himself, he has turned to dick poetry to win over the ladies. It's a bruising satire on the embarrassingly tasteless and presumptive state of masculinity in the online age.

> Subscribe below & stay tuned! You never know when Dick Picsworth is going to pop up again (pun unapologetically intended)!

To receive updates on live performance dates and book publishing news
Thanks for filling out form!

For general messages, live show or podcast booking, please complete the form below:
Thanks for filling out the form!